November 30, 2018 • President Trump and China's President Xi may have an announcement on trade on Saturday, but it will likely be a decision to push back deadlines rather than a breakthrough agreement. 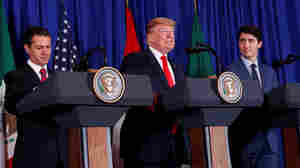 November 30, 2018 • "This has been a battle, and battles sometimes make great friendships," President Trump said as he signed the U.S. Mexico Canada Agreement alongside America's closest neighbors. 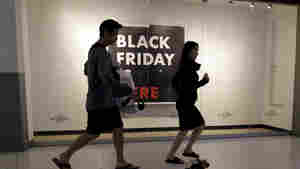 November 30, 2018 • Millennials are less well off than members of earlier generations when they were young. They have lower earnings, fewer assets and less wealth, a new Federal Reserve study says. 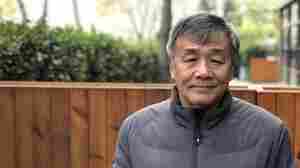 Sheng Hong is director of the Beijing-based Unirule Institute of Economics. He's one of a growing number of critics within elite circles in China who are criticizing China's handling of the trade war. Rob Schmitz/NPR hide caption

Amid Trade War With U.S., There Are Signs Of Dissent Among China's Economists

November 30, 2018 • Sheng Hong of the Beijing-based Unirule Institute of Economics is one who has dared to speak up. Now authorities have shut down his think tank and he's been prevented from traveling abroad.

Amid Trade War With U.S., There Are Signs Of Dissent Among China's Economists

Do Americans Have An Appetite For Electric Cars?

November 28, 2018 • Following General Motors' decision to discontinue the Chevy Volt to focus on zero-emission cars, NPR's Ailsa Chang talks with journalist John Voelcker about the future of the electric cars in the U.S.

Do Americans Have An Appetite For Electric Cars?

Michigan Rep. Debbie Dingell Is Not Happy With GM's Elimination Of So Many Jobs

November 28, 2018 • NPR's Mary Louise Kelly talks with Rep. Debbie Dingell, D-Mich., about the General Motors job cuts and what they mean for the industry and American auto workers.

Michigan Rep. Debbie Dingell Is Not Happy With GM's Elimination Of So Many Jobs 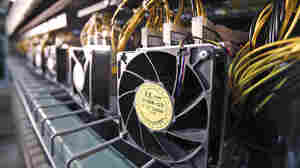 Bitcoin Is Bouncing Around Again. Here Are Some Possible Causes

November 28, 2018 • Bitcoin is known to be volatile. But recently it has suffered a rash of notable losses. Analysts are looking to the amount of computing power used and the split of a rival cryptocurrency for answers. 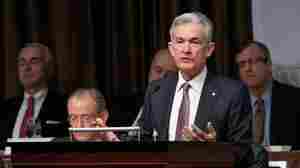 In a speech to the Economic Club of New York on Wednesday, Federal Reserve Chairman Jerome Powell said interest rates are just below the range of estimates that would be "neutral" for the economy. Don Emmert/AFP/Getty Images hide caption

November 28, 2018 • Federal Reserve Chairman Jerome Powell said that the outlook for the U.S. economy remains solid and that interest rates are nearly within a "neutral" range, touching off a surge in stock prices.

November 28, 2018 • General Motors says its future is in electric vehicles, but it makes much of its profit from trucks and SUVs. David Greene talks to auto reporter Micheline Maynard, who monitors GM's ups and downs.

GM Will End Production Of Its 'Car Of The Future': Chevy Volt

November 27, 2018 • General Motors is phasing out several models and ending production at five plants in North America. One of the models on the chopping block is the plug-in hybrid Chevy Volt.

GM Will End Production Of Its 'Car Of The Future': Chevy Volt 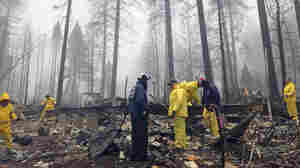 Volunteers search a mobile home park in Paradise, Calif. Government scientists predict wildfires like the one that struck this community will contribute to billions in losses for the U.S. economy. Kathleen Ronayne/AP hide caption

November 26, 2018 • The Trump administration released a major climate assessment on Black Friday. It is the most detailed and blunt assessment yet of the dangers of unchecked global warming.

November 26, 2018 • As car sales continue to slump, General Motors says it will end production at five factories in the U.S. and Canada. The company says it will lay off 15 percent of salaried workers. 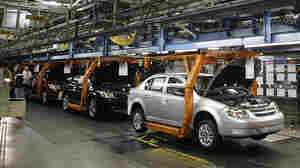 Lordstown Assembly in Ohio, shown here in 2008, is one of the plants at which General Motors plans to cut production in 2019. Ron Schwane/AP hide caption

November 26, 2018 • As part of a major restructuring that will prioritize GM's electric and autonomous vehicle programs, the automaker plans to cut 15 percent of its workforce to save some $6 billion by the end of 2020.

November 24, 2018 • The economy could take a major hit if climate change continues at its current pace, according to the latest National Climate Assessment. NPR's Michel Martin speaks with climate scientist Michael Mann.