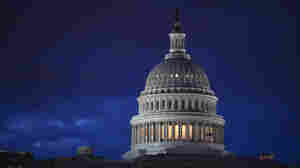 The House and Senate have until midnight Friday to pass the spending deal to keep the federal government funded. J. Scott Applewhite/AP hide caption

April 30, 2017 • With Friday's deadline looming, members of the House and Senate agreed on a new spending package to keep the government open through Sept. 30.

April 29, 2017 • When the president speaks the world listens. Adam Behsudi of Politico talks with NPR's Scott Simon about how Donald Trump's outspoken commentary is affecting international trade with the U.S. 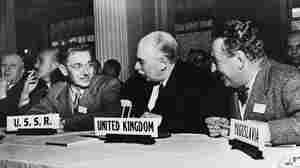 Episode 553: The Dollar At The Center Of The World

April 28, 2017 • Today on the show, how a New Hampshire hotel filled with boozing economists saved the global economy.

U.S. Economy Grows At Weakest Rate In Past 3 Years

April 28, 2017 • The U.S. economy stalled in the first quarter, growing at a tepid 0.7 percent. But economists say the ragged quarter was an aberration and predict growth will rebound during the spring and summer.

U.S. Economy Grows At Weakest Rate In Past 3 Years 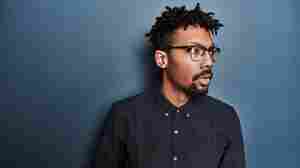 At TED This Week, Two Speakers Got To The Root Of Things

April 28, 2017 • At the TED Conference in Vancouver this week, two Fellows, Devita Davison and Damon Davis talked about putting ideas to work to invigorate marginalized communities from within. 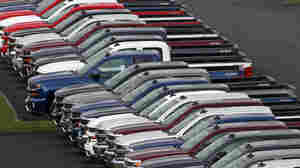 The U.S. economy grew by just 0.7 percent in the first quarter of this year. Weak auto sales were one factor dragging down consumer spending. (Above) Chevrolet pickup trucks at a dealership in Delmont, Pa., in February. Gene J. Puskar/AP hide caption 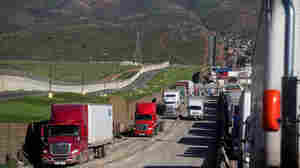 Trucks line up to cross to the United States near the Otay Commercial port of entry on the Mexican side of the U.S.-Mexico border on Jan. 25. Trump now says he will renegotiate the North American Free Trade Agreement, which he has long criticized, rather than scrap it. Guillermo Arias/AFP/Getty Images hide caption

With Billions At Stake, Trump Agrees To Mend NAFTA — Not End It

April 27, 2017 • Despite his long-standing criticism of the North American Free Trade Agreement, President Trump has opted to reopen negotiations on the deal rather than run the risk of scrapping it altogether.

April 27, 2017 • Donald Trump's tough stance on trade with Canada has some U.S. businesses worrying and others celebrating. Some are surprised at the focus on Canada as Trump begins NAFTA negotiations.

April 27, 2017 • President Trump is seeking to renegotiate the North American Free Trade Agreement. In an interview with NPR's John Burnett, Mexico Economy Minister Ildefonso Guajardo says Mexico is anxious to retool the 23-year-old agreement in areas as varied as energy and telecom. John Burnett speaks with Audie Cornish about what he's learned. 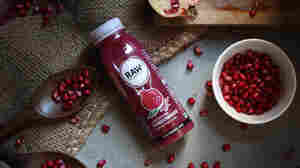 Pomegranate juice sold by Raw Pressery, a company that markets its drinks as healthy and devoid of additives and flavors. Raw Pressery hide caption 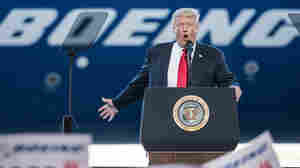 April 27, 2017 • There's an argument to be made that presidents shouldn't take credit for a role in job creation until well into their first term. Trump touts 600,000 jobs created — about double the official count.

April 26, 2017 • The French presidential race has changed into a head-to-head contest between centrist Emmanuel Macron and a far-right candidate.

April 26, 2017 • A pair of $425 men's jeans is getting heat online for it's Americana feel with "crackled, caked-on muddy coating." Washington Post fashion critic Robin Givhan explains that these pants are a part of the fashion industry's desire to be authentic and edgy.

April 26, 2017 • President Trump spelled out his opening bid in what's likely to be a lengthy debate over tax policy. Trump wants what he calls a "massive" cut in tax rates, but even some Republicans warn that could balloon the federal deficit.