June 30, 2015 • Puerto Rico's governor said Monday night that the commonwealth can't pay its bills. He also said that big changes are needed to get the economy growing, so it can pay down its debt in the future. 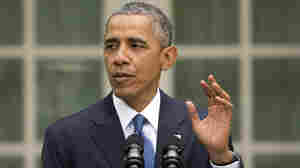 June 30, 2015 • The Labor Department plans to change a rule so that 5 million more Americans will be able to collect overtime pay. Business groups say the change will hurt hiring, but labor groups are applauding.

June 30, 2015 • NPR's Robert Siegel interviews Kathleen R. McNamara, director of the Mortara Center for International Studies at Georgetown University about what the Greek referendum means to Greece and Europe.

June 30, 2015 • The bank, which helps finance trade deals for U.S. companies, needed reapproval by June 30. Now it is living on borrowed time, after an anti-crony capitalism campaign driven by conservative groups.

June 30, 2015 • On the day it is due to miss a crucial payment to the International Monetary Fund, Greece made a last minute appeal to the European Union to restart talks about how to deal with the country's debts.

June 30, 2015 • President Obama sought to downplay any major impact the Greek debt crisis could have on the U.S. economy. He spoke at a news conference with the president of Brazil and also addressed the ongoing talks on Iran's nuclear program and his administration's recent wins on the domestic policy front. 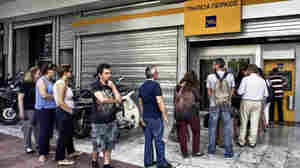 People wait in line to withdraw euros from an ATM after Greece closed its banks Monday in Athens. Milos Bicanski/Getty Images hide caption

How Default Could Push Greece Out Of The Eurozone

June 30, 2015 • After missing a loan payment, Greece is one step closer to the possibility of quitting the euro, analysts say. And, they say, the crisis poses a danger to the eurozone itself.

How Default Could Push Greece Out Of The Eurozone

June 30, 2015 • The White House is proposing new rules that will boost the number of people eligible to receive overtime pay. The rules are facing opposition from the retail and restaurant industries. 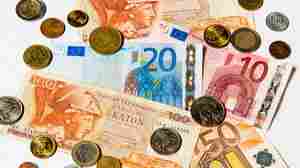 Wisdom Of The Crowds? Online Effort Seeks To Raise Funds For Greece

June 30, 2015 • A crowd-funding effort to get the $1.8 billion Greece needs to make a loan payment to the International Monetary Fund has so far raised $124,569. Donors get gifts ranging from salads to gift baskets. 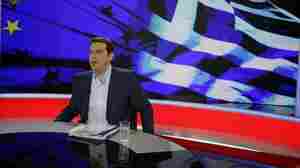 Greece's Prime Minister Alexis Tsipras prepares for a TV interview at the State Television in Athens on Monday. He urged Greeks to vote "no" in Sunday's referendum on the terms of a bailout. Thanassis Stavrakis/AP hide caption

June 30, 2015 • The Greek government, as expected, didn't make the payment that was due Tuesday. It's asking its international creditors to provide more cash, while easing up on austerity demands.

June 30, 2015 • The plan raises the cap under which most workers must get overtime for working more than 40 hours a week. It doesn't require congressional approval, but is expected to be criticized by businesses.

June 30, 2015 • Puerto Rico's governor says the U.S. territory will be unable to pay off some of its more than $72 billion debt, and that terms will have to be renegotiated. He's also calling for big budget cuts.

June 30, 2015 • The budget expires on Tuesday and there's no sign of agreement on a new one. It's the first time in a dozen years that the solidly Democratic legislature has had to deal with a Republican governor.

A Financial Tragedy Plays Out In Greece: No Money And Debt Is Due

June 30, 2015 • Greece's bailout money is gone, and it will miss a payment due to the IMF. Linda Wertheimer talks to Joanna Kakissis and Peter Spiegel of The Financial Times about Greece's tenuous hold on the Euro.

A Financial Tragedy Plays Out In Greece: No Money And Debt Is Due 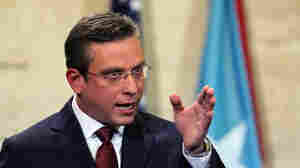 June 29, 2015 • In a televised address, the governor said he'll ask international creditors to give Puerto Rico easier terms, starting with a delay in payments. He also warned his people of coming budget cuts.