June 30, 2016 • After the housing market crash, a lot of foreclosure cases got started and then were abandoned. A court clerk in Queens discovered it's hard, lonely work to tie up a loose end of the financial crisis. 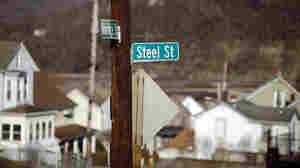 FACT CHECK: Donald Trump And The Victimization Of U.S. Steel

Mexico Gets First Independent Gas Station In Over 75 Years

June 29, 2016 • The first non-state-run gas station has opened in Mexico in more than 75 years, breaking the monopoly on fuel and opening the possibility that fuel prices could become more competitive.

Mexico Gets First Independent Gas Station In Over 75 Years 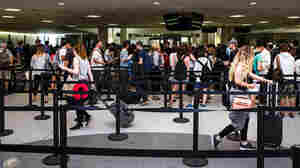 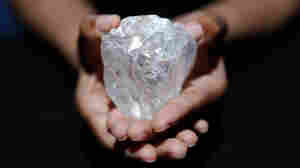 Found in Botswana, the Lesedi la Rona diamond is up for auction and valued at $70 million. Seth Wenig/AP hide caption

When Botswana Sells Its Big Diamond, Who Will Benefit?

When Botswana Sells Its Big Diamond, Who Will Benefit? 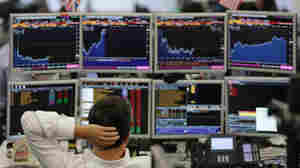 Traders at work at ETX Capital work in central London on Monday. Financial markets in the U.K. and around the world have been in turmoil since the Brexit vote last week. Daniel Leal-Olivas/AFP/Getty Images hide caption

June 28, 2016 • NPR's Robert Siegel talks to Matt Welch, a Volkswagen dealer in Auburn, Washington, after the company announced a settlement related to its emissions scandal.

June 28, 2016 • Volkswagen agreed to pay up to $14.7 billion to settle major claims in the U.S. against the company over its emissions cheating scheme.

June 28, 2016 • Two-thirds of the sum will be set aside to compensate U.S. owners of nearly 500,000 VW diesel cars. The company will also pay $2.7 billion into an environmental remediation fund. 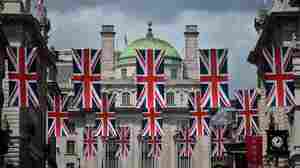 Union flags fly as banners across a street in central London on Tuesday. EU leaders attempted to rescue the European project and Prime Minister David Cameron sought to calm fears over the U.K.'s vote to leave the bloc as ratings agencies downgraded the country. Ben Stansall/AFP/Getty Images hide caption

June 28, 2016 • The U.K.'s credit rating has been downgraded. British police say there's been a rise in reports of hate crime incidents. And passions ran high on the floor of the EU. 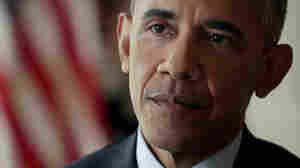 June 28, 2016 • "I think that the best way to think about this is a pause button has been pressed on the project of full European integration," President Obama told NPR's Steve Inskeep. 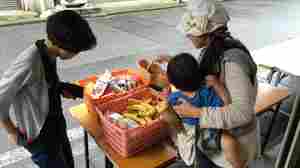 A Japanese mother and her 2-year-old pick up free groceries in Tokyo at the charity Second Harvest. Japan has a limited safety net for the poor and the economy is still struggling to gain traction under Prime Minister Shinzo Abe. Elise Hu/NPR hide caption

June 28, 2016 • The world's third largest economy is still struggling to gain traction under Prime Minister Shinzo Abe. The British decision to leave the European Union has delivered another blow. 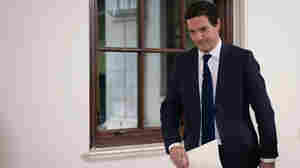 British Chancellor of the Exchequer George Osborne, the United Kingdom's head financial official, leaves after making a statement at the Treasury in London on Monday. Stefan Rousseau/AFP/Getty Images hide caption

What To Know About Brexit Today

What To Know About Brexit Today 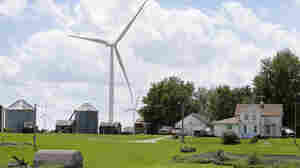 June 27, 2016 • White House aides acknowledge that the plan, to be announced by President Obama and his counterparts in Canada and Mexico, is a "stretch goal." The commitment goes beyond the Paris climate agreement.

'This Is Going To Be Bad': Economist Reacts To Brexit Vote

June 27, 2016 • In the campaign leading up to the Brexit vote, economist Tim Harford played the role of independent fact checker. Now that it has passed, he's letting out some strong feelings.

'This Is Going To Be Bad': Economist Reacts To Brexit Vote