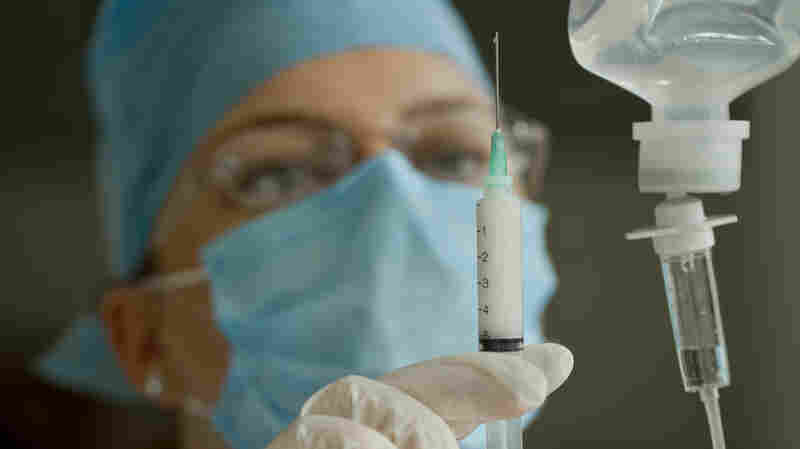 U.S. May Get More Ventilators But Run Out Of Medicine For COVID-19 Patients

April 4, 2020 • There have been dramatic spikes in demand for sedatives, pain medications, paralytics and other drugs that are crucial for patients who are on ventilators. 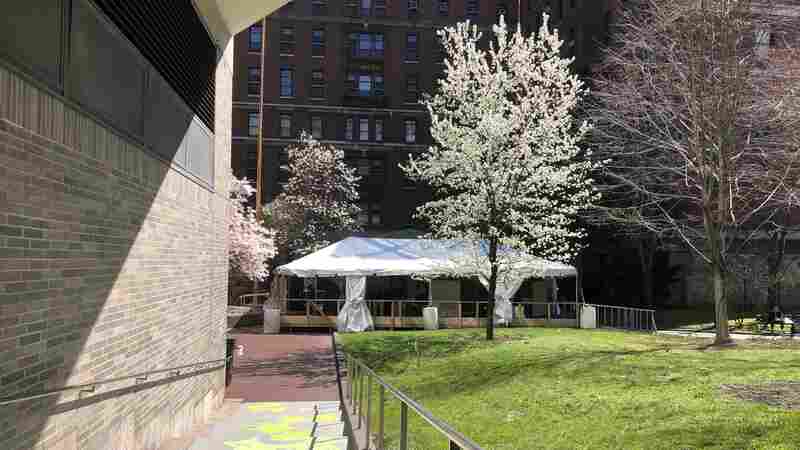 Episode 988: The Economics Of Hospital Beds

April 3, 2020 • Bellevue, the oldest public hospital in the nation, has seen everything and survived everything. But even they might not have enough beds. Here's why. | Subscribe to our weekly newsletter here.

Episode 988: The Economics Of Hospital Beds 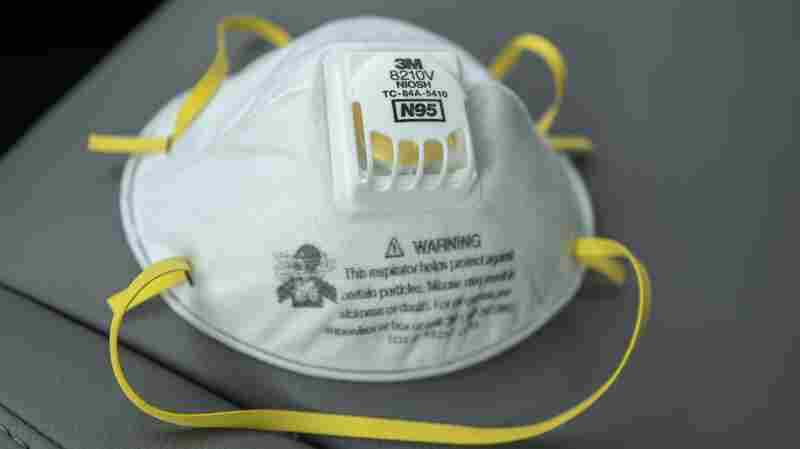 The Trump administration is telling 3M to prioritize the U.S. market for its N95 respirator masks during the global COVID-19 pandemic. The company has been accused of not doing enough to support the U.S. health care system and of fostering price gouging. Smith Collection/Gado via Getty Images hide caption

April 3, 2020 • The president and others have criticized 3M, with some officials alleging profiteering during the COVID-19 pandemic. But the company says cutting exports would be a mistake. 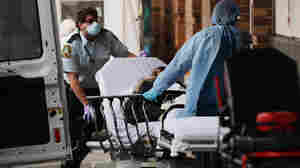 A patient with suspected COVID-19 arrives at Maimonides Medical Center in Brooklyn on Thursday. Even as the risk of big medical bills climbs, many Americans are losing their jobs and health insurance right now. Spencer Platt/Getty Images hide caption

Coronavirus Reset: How To Get Health Insurance Now

April 3, 2020 • Many of the millions of Americans who lost their jobs in recent weeks also lost their health insurance. Others lacked a health plan even before COVID-19 hit. Here's a start to finding help.

Coronavirus Reset: How To Get Health Insurance Now 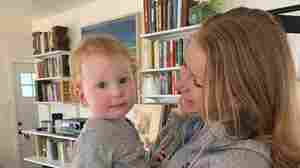 Melissa Burgess and her husband experienced symptoms of COVID-19 but weren't able to get tested, which raised concern about exposing their young son. Courtesy of Melissa Burgess hide caption

Many Who Need Testing For COVID-19 Fail To Get Access

April 3, 2020 • There's still a serious shortage of testing for COVID-19 across the country. Many people who are sick and showing likely symptoms say they still can't get tested. 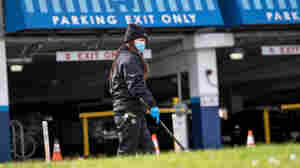 April 2, 2020 • NPR reached out to the public health departments serving some of the largest cities in the U.S. Most did not have their most current pandemic response plan posted publicly and many were out of date. 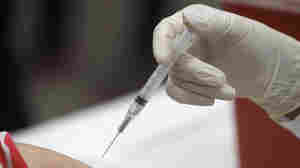 Amid the COVID-19 epidemic, there has been a steep drop in patients seeking nonurgent primary care and specialty care. LM Otero/AP hide caption

April 2, 2020 • As the health industry focuses on COVID-19, there has been a big drop in nonurgent visits for primary care and specialty care. Medical practices are being forced to furlough or lay off staff. 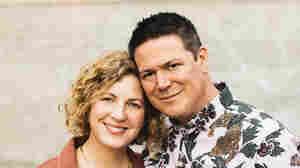 Two days before Christine Rayburn was scheduled to have a cancerous tumor removed, the hospital cancelled the surgery, part of a wave of cancellations of "elective" surgeries during the coronavirus pandemic. But Rayburn's surgeon fought back, and got the surgery back on the schedule 10 days later. Poppi Photography hide caption

April 2, 2020 • As hospitals are forced to delay or cancel certain medical procedures so they can focus resources on treatment of COVID-19, it's disrupting ongoing care for people with other serious illnesses. 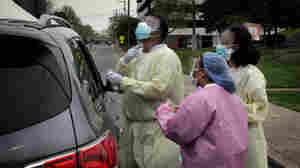 April 2, 2020 • Most available coronavirus data doesn't include ethnic or racial demographics, but public health experts say they fear the response to the pandemic will lead to predictable health care disparities. 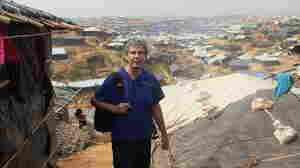 April 2, 2020 • Trauma surgeon David Nott has volunteered in war zones and disaster areas around the world. Now he's treating COVID-19 patients in London. He calls the pandemic a "disaster zone for the whole world." 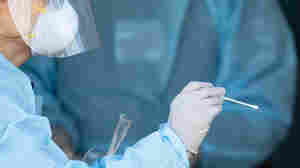 A medical worker administers a COVID-19 test at a facility in Camden, N.J., on Wednesday. Matt Rourke/AP hide caption

Think You've Got COVID-19? Here's What Doctors Say About When To Seek Help

April 2, 2020 • Many people can ride the disease out at home, but doctors are getting a better idea of who should seek medical attention and when.

April 1, 2020 • A severe outbreak in Dougherty County is taxing the biggest hospital in Albany, Ga., a small inland community of 73,000. 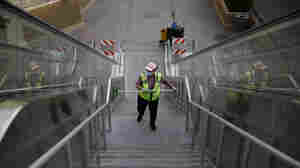 A worker cleans an area along the Las Vegas Strip that's now devoid of the usual crowds, with casinos and many other business shuttered. John Locher/AP hide caption

Fighting COVID-19 Is Like 'Whack-A-Mole,' Says Writer Who Warned Of A Pandemic

April 1, 2020 • Atlantic writer Ed Yong warned of a global pandemic two years ago. He says scientists are still working to understand how COVID-19 travels through air — and whether more of us should be wearing masks.

Fighting COVID-19 Is Like 'Whack-A-Mole,' Says Writer Who Warned Of A Pandemic 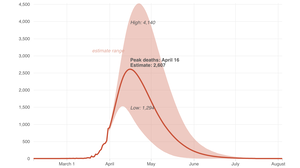 April 1, 2020 • The Trump administration's strategy for ending the current wave of coronavirus infections relies on a model that appears to count on several important assumptions. We look at why that matters. 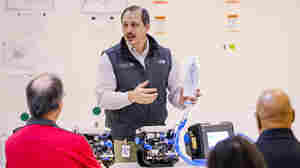 Joe Cipollone of Ventec Life Systems explains the company's critical care ventilator to General Motors employees who will be helping to produce the ventilators at a GM plant in Kokomo, Ind., on Friday. AJ Mast/General Motors hide caption

April 1, 2020 • Medical technology companies — sometimes working with carmakers — have been massively increasing production of ventilators. For two weeks, they've been working without government contracts in hand. 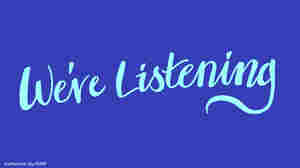 April 1, 2020 • NPR is seeking health care providers working in hospitals to document their personal experiences working during the coronavirus pandemic. 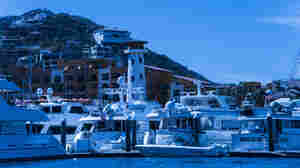 The Austin Public Health investigation centers around a group of students who traveled together to Cabo San Lucas, Mexico. Prisma by Dukas/Universal Images Group via Getty Images hide caption

April 1, 2020 • All of the people who have tested positive are students at the University of Texas at Austin. Some of the group returned on separate commercial flights — widening the potential spread of infection. 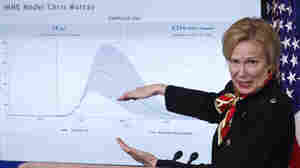 March 31, 2020 • Computer models predict that between 100,000 and 200,000 Americans will die from COVID-19 in the months ahead. Administration officials said public health interventions could still lower the toll. 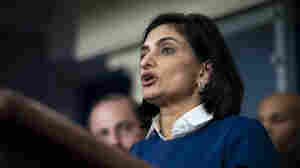 To Stop The Pandemic, Seema Verma Is 'Getting Rid Of A Lot Of Regulations'

March 31, 2020 • As head of the Centers for Medicare and Medicaid Services, Verma says she's working to ease safety rules and lighten licensing requirements, to expand the number of hospital beds and health workers. 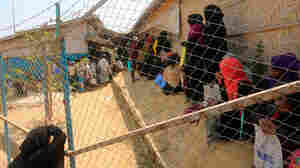 Refugee Camps Face COVID-19: 'If We Do Nothing, The Harm Is Going To Be So Extreme'

March 31, 2020 • NPR spoke to humanitarian aid researcher Paul Spiegel about his analysis of conditions in the Rohingya camps in Bangladesh — and the outlook for refugees everywhere as the coronavirus looms. 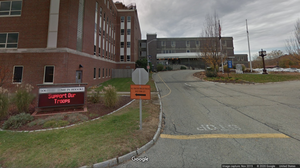 More than 20 cases of COVID-19 have been confirmed at the Soldiers' Home in Holyoke, including at least five deaths. The nursing facility is about 90 miles west of Boston. Google Maps/ Screenshot by NPR hide caption

March 31, 2020 • More than 20 coronavirus cases have been confirmed at the facility, and officials are rushing to do more tests, hoping to learn the full extent of the exposure. 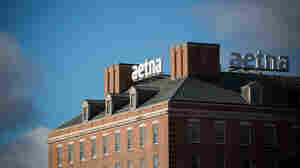 Aetna was the first insurer to announce its plan to help shield patients with COVID-19 from high medical bills. But out-of-network charges and other surprise bills remain a risk, say advocates for patients. Michael Nagle/Bloomberg via Getty Images hide caption

Some Insurers Waive Patients' Share Of Costs For COVID-19 Treatment

March 30, 2020 • Aetna, Cigna and Humana now say they will waive most treatment costs associated with COVID-19 that would normally be picked up by patients enrolled in their health plans. Will other firms follow suit? 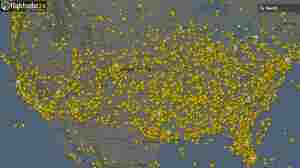 With the coronavirus outbreak taking hold in the U.S., thousands of flights have been canceled — but on Sunday, there were still 2,800 planes in the air, according to aviation site Flightradar.com Courtesy of Flightradar24.com hide caption

Coronavirus: U.S. Still Seeing Thousands Of Flights, Despite A Drop In Air Travel

March 30, 2020 • "The U.S. domestic market is so large that even a substantial decrease leaves a lot of traffic in the sky," says Ian Petchenik, of the aviation tracking site Flightradar24.com. 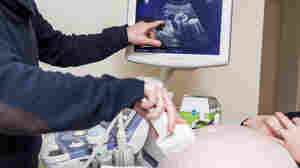 As hospitals consider how the COVID-19 pandemic is affecting care, maternity wards across the country are changing policies on deliveries and visitors. Jasper Jacobs/AFP via Getty Images hide caption

March 30, 2020 • As pregnant women and their doctors consider how the COVID-19 crisis is affecting pregnancy and care, maternity wards across the country are reconsidering policies on deliveries and visitors.