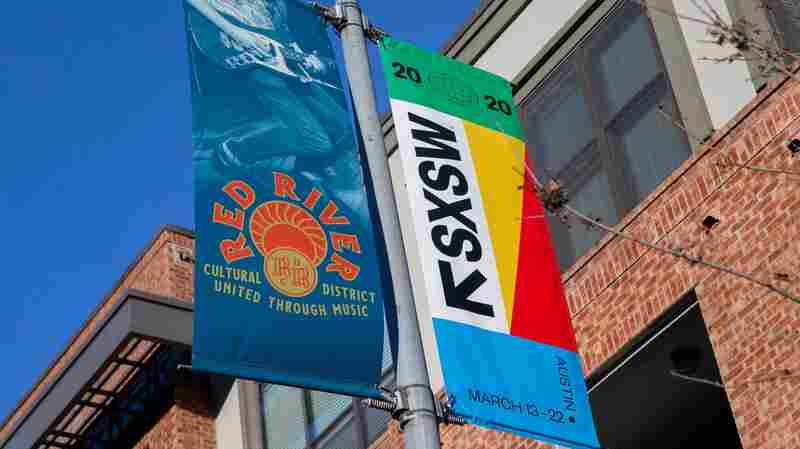 This year's SXSW festival was canceled because of the coronavirus pandemic. Now the films that were scheduled to be shown there have the option to be screened on Amazon. Suzanne Cordeiro/AFP via Getty Images hide caption

April 2, 2020 • The SXSW Film Festival joins other canceled or postponed film fests looking for alternate ways to screen their movies. 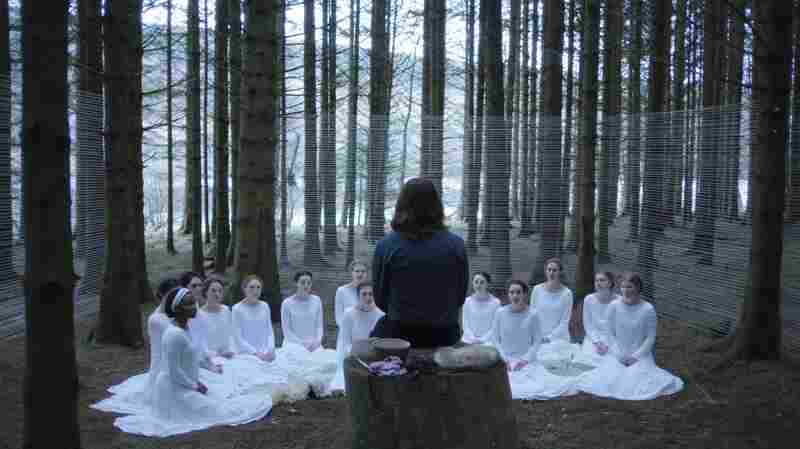 Shepherd (Michiel Huisman) and his flock in The Other Lamb. IFC Films hide caption 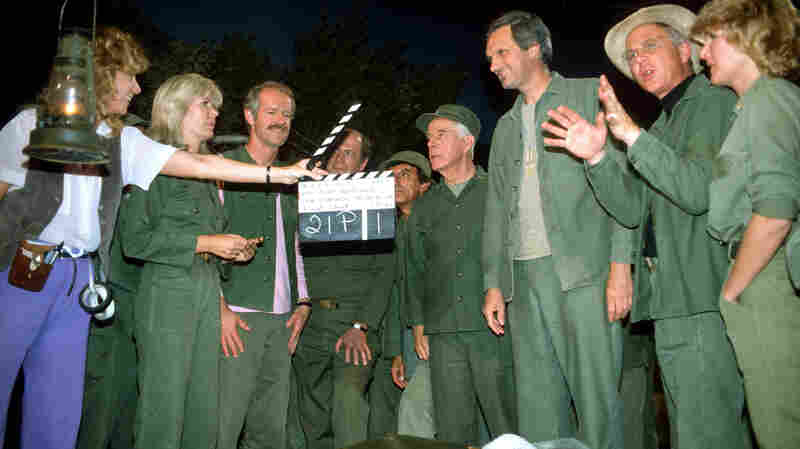 An image from the last episode of MASH on June 18, 1984 at the Malibu Creek State Park in California. Paul Harris/Getty Images hide caption

Need Some Fresh Ideas? Family-Friendly Ways To Spend Your Days Inside

March 27, 2020 • Parents have been circulating ideas for how to keep kids happy — or at least occupied — during this time of social isolation due to COVID-19. Our Arts Desk has some heart-felt suggestions to offer. 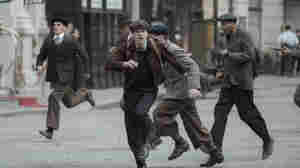 Marcel Marceau Walks Against The Winds Of War In 'Resistance'

March 26, 2020 • Jesse Eisenberg stars as the famous mime as he gets involved in the French Resistance during World War II. The film is an "honorable, absorbing homage to the making of a man and his art." 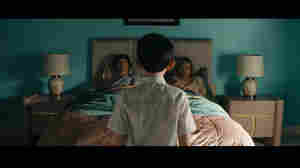 March 26, 2020 • A young couple seeking a house in the 'burbs encounter an unexpected (sub)development and cannot leave. Despite its Twilight Zone premise, the film's "eccentricity and wit" carry it a long way. 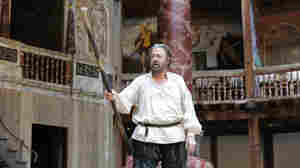 March 26, 2020 • In uncertain times, we want stories that reassure us that everything will be okay. Here are some books, films, plays and TV shows that believe in Happily Ever After. 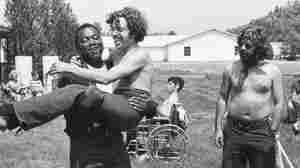 Camp Jened, in upstate New York, was the epicenter of a disability rights movement that led to the passage of the Americans with Disabilities Act. Steve Honigsbaum hide caption

'Crip Camp' Is A Raucous Celebration Of A World-Changing Place

March 25, 2020 • Near Woodstock, at an early '70s summer camp for kids with disabilities, a revolution was born that became a civil rights movement, and led to the passage of the Americans with Disabilities Act.

'Crip Camp' Is A Raucous Celebration Of A World-Changing Place 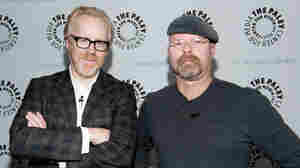 March 25, 2020 • When you're staying in, it can be hard to keep everybody happy. But never fear, we're here to help. We've got a few recommendations to keep everybody in the family happy and stave off cabin fever.

'Wonder Woman' And 'In The Heights' Films Delayed During Coronavirus Outbreak

March 24, 2020 • Warner Brothers is postponing the openings of some of its big summer movies. Some have rescheduled opening dates, others are on hold indefinitely. 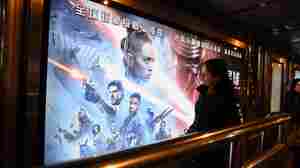 March 23, 2020 • There's a bit of hopeful news for the film industry coming from China.

March 20, 2020 • With movie theatres closed, there literally is no box office. 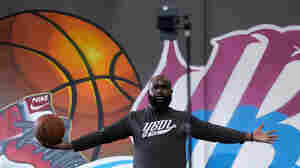 Getting Bored? Here's A List Of Free Things That Weren't Free Before Coronavirus

March 20, 2020 • From Broadway plays to playwrights giving writing lessons to online courses from Ivy League schools, here's a look at some things (but not everything!) that have suddenly become free.

March 19, 2020 • The postponement is the first ever for the festival which was set for May. Organizers say they don't have a firm date yet but suggest late June is possible. 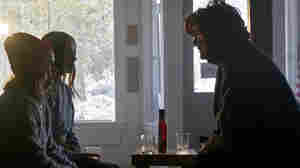 It Ain't Cabot Cove: Murder In Maine Haunts The Twisty 'Blow The Man Down'

March 19, 2020 • Two sisters attempt to cover up a killing in a fishing village that harbors its own sinister secrets in this film that evokes the tone of films like Fargo and Blood Simple. 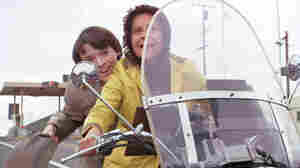 While Waiting Out The Pandemic, It's Worth A Watch Of These Classic Films

March 19, 2020 • In this time of fear and quarantining, critic Bob Mondello offers three classic movies worth revisiting — or watching for the first time.

While Waiting Out The Pandemic, It's Worth A Watch Of These Classic Films 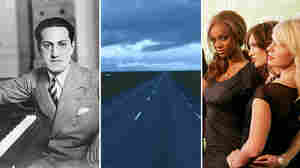 Here's How We Cope When We're Stressed: Ideas From NPR's Arts Desk

March 16, 2020 • A Norwegian knitting marathon. America's Next Top Model. British crime dramas. Real-time strategy games. Peanut soup. These are some things that help us feel better — maybe they'll work for you, too? 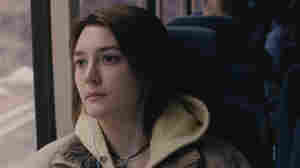 'Never Rarely Sometimes Always' Will Stay With You Forever

March 13, 2020 • In Eliza Hittman's pointed new movie, a teenager from small-town Pennsylvania doesn't want to tell her parents she's pregnant; instead, she travels to New York City with her cousin for an abortion.

'Never Rarely Sometimes Always' Will Stay With You Forever 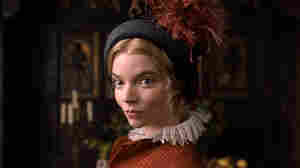 March 13, 2020 • Jane Austen's Emma tells the story of a young woman who knows what's right for everyone else and knows very little about herself. In a new film adaptation directed by Autumn de Wilde, Emma is as foolish and as endearing as ever. Even some who don't know Emma might know Clueless, the 1995 Amy Heckerling film that's now 25 years old. We discuss how both films work as Jane Austen adaptations. 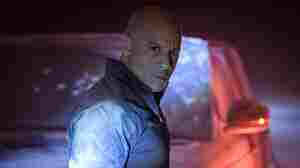 March 12, 2020 • As a soldier reanimated by nanobots, Vin Diesel — "a lumbering fireplug who runs like John Wayne and fights like Roger Moore" — underperforms. 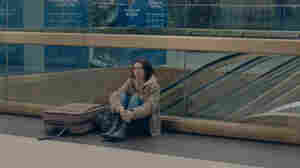 March 12, 2020 • Writer-director Eliza Hittman's tale of a traumatized teen (Sidney Flanigan), who travels to New York for an abortion is best when it hews closest to her point-of-view. 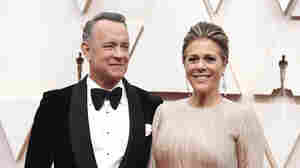 Tom Hanks and Rita Wilson at the Oscars in February. The couple, who are in Australia where Hanks is preparing for a film shoot, announced Thursday they have tested positive for the coronavirus. Jordan Strauss/Invision/AP hide caption

March 12, 2020 • The two-time Oscar winner tweeted from Australia, where he is preparing to shoot a film about Elvis Presley. Hanks and Wilson are both 63, which places them in a somewhat elevated risk category.