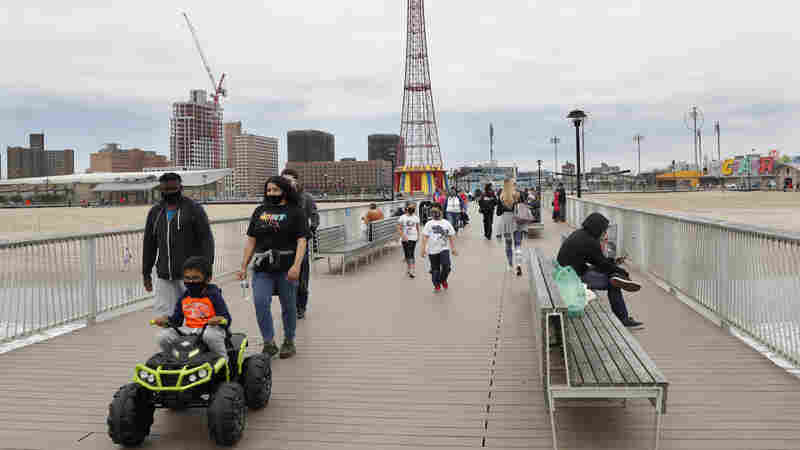 On Sunday, visitors strolled the pier at Coney Island beach. New York state parks reopened for the Memorial Day weekend at 50% capacity, and campgrounds were given the green light to reopen Monday. Kathy Willens/AP hide caption

May 24, 2020 • Governor Andrew Cuomo announced that campgrounds would be able to open on Monday, Memorial Day. He also gave the OK for the state's professional sports teams to start training camp. 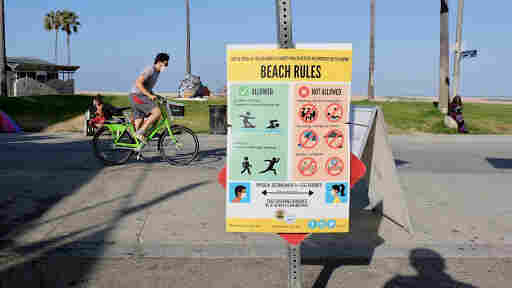 A sign displaying beach rules hangs along Venice Beach, where beachgoers returned this weekend following weeks of lockdown due to the coronavirus. Saul Gonzalez/KQED hide caption

In Los Angeles, Relief And Caution As Locals Return To Venice Beach

May 24, 2020 • Sun bathing was prohibited and face masks were required. But Venice Beach otherwise felt like its usual eclectic self this Memorial Day weekend.

In Los Angeles, Relief And Caution As Locals Return To Venice Beach 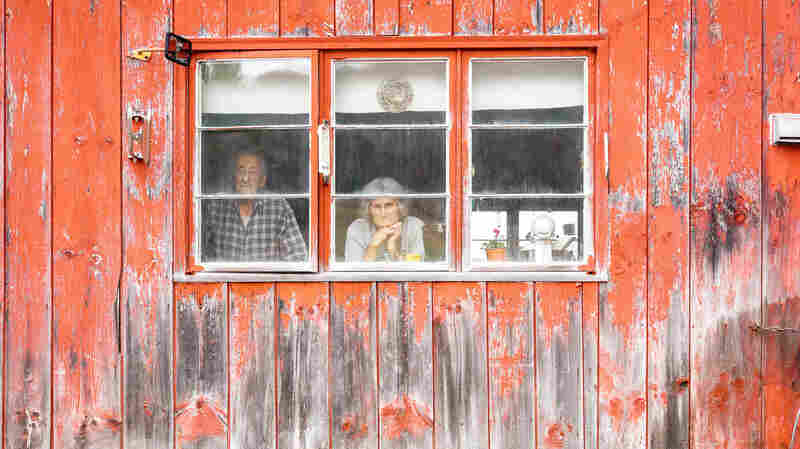 Scenes Of Isolation Amid Pandemic In The Vermont Countryside

May 24, 2020 • In the best of times, living in Vermont requires a type of isolation and self-sufficiency unknown in many parts of the country. But the coronavirus has tested the state like never before. 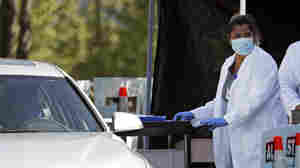 May 23, 2020 • Health officials announced Saturday that they had recorded 1,107 new infections. The news comes as the state entered Phase 2 of its reopening plan on Friday. 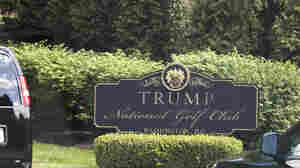 President Trump is visiting one of his golf course this weekend, his first apparent golf outing since declaring a state of emergency due to the coronavirus pandemic. Alex Brandon/AP hide caption

Trump Returns To Golf Course For 1st Time Since March

May 23, 2020 • The president visited his Virginia resort Saturday. It appears that Trump — whose time on the links has been criticized ⁠— hasn't played a round since declaring a national emergency in March. 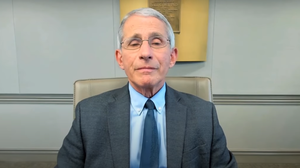 Anthony Fauci: 'Now Is The Time ... To Care Selflessly About One Another'

May 23, 2020 • The prominent immunologist, coronavirus fighter — and unlikely celebrity — offered a pair of surprise graduation addresses this week, at Johns Hopkins University and the College of the Holy Cross 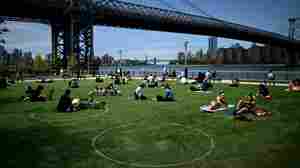 May 23, 2020 • The state first allowed up to 10 people at religious services and Memorial Day events. Then, after a lawsuit, New York expanded the order — but Gov. Andrew Cuomo says the suit didn't affect the move. 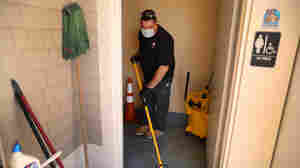 May 23, 2020 • Some people are afraid to use potentially germ-filled public restrooms as stay-at-home restrictions begin lifting. That's boosting sales of products that offer creative alternatives. 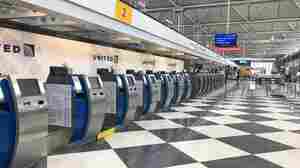 After Months of Steep Declines, Air Traffic Is Picking Up

May 23, 2020 • The airlines have lost billions of dollars in revenue with virtually no demand during the coronavirus pandemic. Now they are seeing more bookings despite concern from passengers. 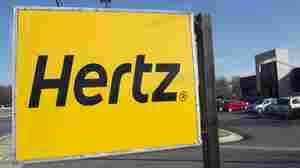 May 23, 2020 • A decrease in travel amid the coronavirus pandemic has dealt a "sudden and dramatic" blow to the company's revenue. 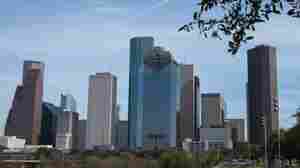 May 23, 2020 • Some Texas cities are taking additional steps to protect renters and delay evictions, but many Texans remain vulnerable. A Houston rental assistance program ran out of funding in just 90 minutes. 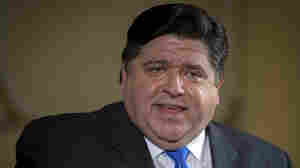 May 22, 2020 • The government says the order significantly impairs the ability of residents to maintain their economic livelihoods. And, it claims Gov. J.B. Pritzker is bound by state limits on emergency measures. 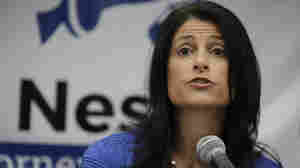 May 22, 2020 • Dana Nessel, attorney general for the state of Michigan, said President Trump was gambling with public health through his ongoing response to the coronavirus pandemic.

Snail Mail And Debit Cards: How Washington State Was Bilked Out Of Millions

May 22, 2020 • Officials say the scammers took advantage of vulnerabilities in the system as the state rushed to get unemployment benefits to people quickly. 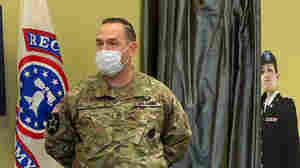 May 22, 2020 • The U.S. Army is adapting its recruiting amid the coronavirus, cutting the number of people in recruiting stations and moving much of its pitching online. 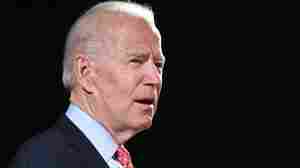 Former Vice President Joe Biden, pictured on March 12, is facing backlash for comments that his campaign says were a joke about black support for him versus President Trump. Saul Loeb/AFP via Getty Images hide caption

Biden Pulls Back On 'Cavalier' Remarks About Black Voters

May 22, 2020 • In an at-times tense exchange on the radio show Breakfast Club, former Vice President Joe Biden said, "If you have a problem figuring out whether you're for me or Trump, then you ain't black." A worker wipes down surfaces on a New York City subway car to disinfect seats during the coronavirus outbreak. The CDC is clarifying its guidance on touching surfaces after a change to its website triggered news reports. Andrew Kelly/Reuters hide caption

CDC Advice On Surface Spread Of COVID-19 'Has Not Changed,' Agency Says

May 22, 2020 • The Centers for Disease Control and Prevention says a headline change on its website seemed to trigger news reports saying its guidelines have changed. 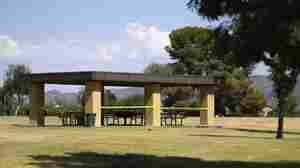 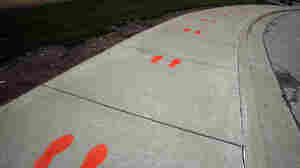 Footsteps are painted on a sidewalk encouraging social distancing to help prevent the spread of coronavirus outside the entrance to Ford's Kansas City Assembly Plant in Claycomo, Mo. Charlie Riedel/AP hide caption 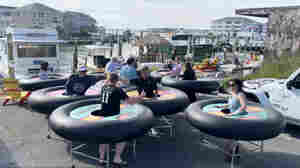 May 22, 2020 • Fish Tales Bar & Grill in Ocean City commissions tables for one that keep patrons 6 feet apart — that is when the restaurant can reopen. "It's like a big baby walker," owner Shawn Harman says. 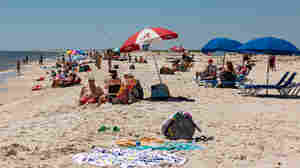 May 22, 2020 • Gov. Kay Ivey is relaxing restrictions on schools, water parks and other elements of normal life. Since early March, Alabama has received more than 501,000 jobless claims. 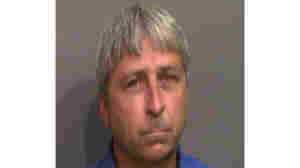 Georgia Investigators 'Confident' In Arrests Made In Ahmaud Arbery Case

May 22, 2020 • William "Roddie" Bryan has said he was a witness. "I can tell you that if we believed he was a witness we wouldn't have arrested him," the director of the Georgia Bureau of Investigation says. 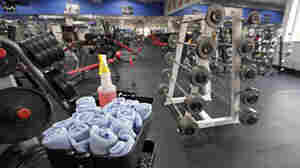 Towels and sanitizer are available to patrons at the Downtown Gym in Orlando, Fla. As of May 18, fitness centers statewide can operate at up to 50% capacity. John Raoux/AP hide caption

May 21, 2020 • Get the latest on coronavirus-related restrictions in the Southern states — from Texas to Virginia, from Oklahoma to Florida, Georgia and more — plus D.C. and Puerto Rico. 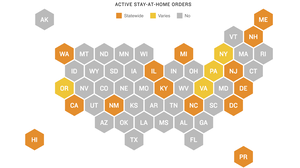 Which States Are Reopening? A State-By-State Guide

May 22, 2020 • State leaders implemented sweeping measures to slow the spread of the coronavirus. Many are now deciding when and how to lift various restrictions.