November 30, 2019 • Hollywood's film industry can be tough to break in to, and that's especially true if you are a poor kid without resources. Creating Creators is all about changing that — and it's having some success.

Impeachment: The View From Swing States

Impeachment: The View From Swing States 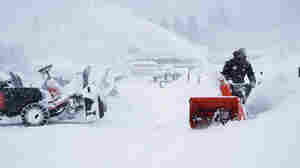 Parts of California are blanketed in snow after a powerful Thanksgiving storm, with more snow expected in parts of the state over the weekend. Lee Stockwell/AP hide caption

November 30, 2019 • A major storm system pummeling the Great Plains region will move east and impact travel into the Northeast by Sunday. And a second system is bearing down on Northern California. 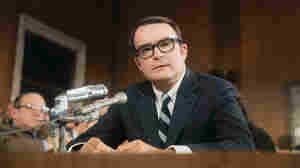 November 30, 2019 • William Ruckelshaus died this week. He was 87 years old. NPR's Scott Simon remembers his legacy as the first director of the EPA, and a defiant act against President Nixon.

Bringing Higher Education Into The Wild In Alaska

November 30, 2019 • In remote Southeast Alaska, an experiment is bringing together radically diverse groups of college students to learn from the land, physical labor and each other.

Bringing Higher Education Into The Wild In Alaska

November 30, 2019 • America is once again in a sharply polarized era, which makes Lee Drutman of the nonpartisan group New America optimistic. He notes that such times spurred the Revolutionary War and Civil Rights era.

Garth Reeves, A Leader In The Black Press And Civil Rights, Dies At 100

November 30, 2019 • Reeves' Miami Times earned a reputation as the Voice of Black Miami, and was recognized in 2011 as the top black newspaper in the country. NPR's Scott Simon talks to a former Times reporter.

Garth Reeves, A Leader In The Black Press And Civil Rights, Dies At 100 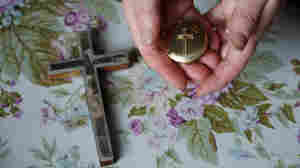 November 30, 2019 • Pope Francis recently opened the door to the possibility of women as deacons in the Catholic Church. Some women have sought official recognition for the ministries they already perform. 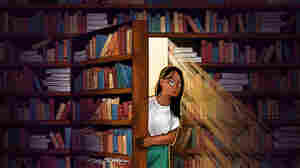 A growing number of public libraries across the country are revising their policies to eliminate overdue fines. Connie Hanzhang Jin/NPR hide caption

November 30, 2019 • "There were families that couldn't afford to pay the fines and therefore couldn't return the materials," Chicago Public Library Commissioner Andrea Telli said. "So then we just lost them as patrons." 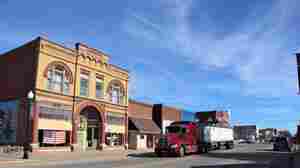 Neodosha, Kan., has a population of 2,300. A wealthy donor has promised to pay college tuition for students who live in the town. Celia Llopis-Jepsen/KCUR/Kansas News Service hide caption

November 29, 2019 • A retired businessman hoping to save his shrinking hometown launched a "Promise" program to pay college tuition for its students, but his plan might simply shift people around among dwindling towns. 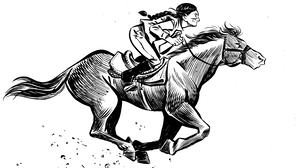 Based on actual events, the graphic novel Grand Theft Horse tells the story of a trainer who rescues a horse from its villainous owner. Journalist Taylor Haney set out to learn how much of the story is true. Above, a scene from the novel. Courtesy of Greg Neri and Corban Wilkin hide caption

He Was A Horse That Never Won A Race. So Why Would Someone Steal Him?

November 29, 2019 • On Christmas Eve 2004, Urgent Envoy disappeared from his stable in the middle of the night. He had finished his only ever race in last place, but that didn't matter to the trainer who took him.

He Was A Horse That Never Won A Race. So Why Would Someone Steal Him?

Maybe Leave The Hook In That Catch

November 29, 2019 • A Grand Rapids, Mich., man went magnet fishing and landed something unexpected: A hand grenade. A German one. From World War I.

Maybe Leave The Hook In That Catch

November 29, 2019 • The agency arrested about 250 people, many of them Indian, who enrolled at the made-up University of Farmington. Few are contesting their orders to deport. November 29, 2019 • The day after Thanksgiving is still the busiest shopping day of the year. But, for many reasons, it is losing its status as the focal point of the holiday shopping season.

November 28, 2019 • NPR's Audie Cornish talks with her nephew as he interviews her as part of the StoryCorps "Great Listen" project. This is an excerpt that was featured in an hour long special.