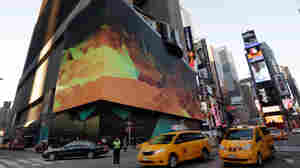 Advertising Company Will Use Its Billboards To Track Passing Cellphones

February 29, 2016 • State regulators say opt-out plans don't include benefits required by state law. Also, the Department of Labor has begun looking at whether these plans in Oklahoma and Texas violate federal law. 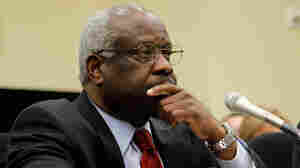 Clarence Thomas has given speeches or interviews from time to time, but had not asked a question during oral arguments for 10 years. Alex Wong/Getty Images hide caption

Clarence Thomas Speaks: After A Decade, Questions From The Quiet Justice

February 29, 2016 • Thomas actually passed the 10-year mark of silence during oral arguments earlier in the month. But that moment was largely overlooked amid the coverage and controversy surrounding Scalia's death. 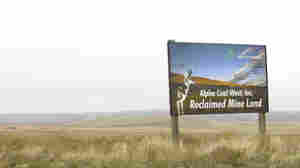 When Coal Companies Fail, Who Pays For The Cleanup?

February 29, 2016 • The U.S. coal industry is fading. As more companies declare bankruptcy, they may not be able to pay for land restoration projects — and taxpayers could be left with the cleanup bill.

When Coal Companies Fail, Who Pays For The Cleanup?

February 29, 2016 • The day before Super Tuesday voting starts, we hear what the top Republicans are saying on the campaign trail.

February 29, 2016 • NPR's Audie Cornish talks with Paul Resnikoff, publisher of Digital Music News, about what the piracy of Kanye West's new album says about streaming as a venue for music.

February 29, 2016 • NPR journalist Craig Windham died over the weekend. NPR has this remembrance.

February 29, 2016 • The day before Super Tuesday voting starts, we hear what the top Democrats are saying on the campaign trail.

February 29, 2016 • With Spotlight winning the Oscar for Best Picture, NPR's Audie Cornish talks to Sacha Pfeiffer, one of the reporters portrayed in the film who broke the story of sexual abuse by Catholic priests.

February 29, 2016 • In a White House ceremony, Navy SEAL Edward C. Byers, Jr. is receiving the Medal of Honor for his actions in a 2012 rescue operation in Afghanistan. NPR's Audie Cornish speaks with Sean Naylor, who wrote the book Relentless Strike, about the Joint Special Operations Command.

February 29, 2016 • While many Americans now view HIV and AIDS as survivable conditions, treatment and care can still be difficult to get in the southern states, especially for African-Americans. A new Independent Lens documentary, Wilhemina's War, explores those challenges.

February 29, 2016 • The occupation of a wildlife refuge in Oregon may be over, but there's still tension in Harney County. Many federal workers' lives were disrupted during those 41 days. In some cases, friends and family members who took different sides still aren't speaking to one another.

February 29, 2016 • NPR's Ari Shapiro talks to Evan Osnos of The New Yorker magazine for a broad look at the dynamic between the Donald Trump campaign and white supremacist groups.