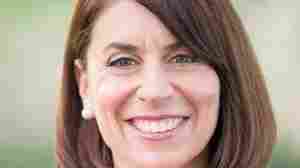 Former Marine Corps Lt. Col. Kate Germano worked to hold female recruits to tougher standards. Then, she says, she was fired for it. Courtesy of Ars Nova Images hide caption

March 31, 2018 • Kate Germano worked to hold female recruits to a higher bar. Then she was fired. In a new book, the retired officer talks about her efforts to improve training for women throughout the Marine Corps.

A Case For Giving 16-Year-Olds The Vote

March 31, 2018 • After the nationwide "March For Our Lives" demonstrations, and the public discourse that followed, NPR's Michel Martin reflects on the proposal to give teens a say at the ballot box.

A Case For Giving 16-Year-Olds The Vote

March 31, 2018 • The Planned Parenthood president reflects on her upbringing and career in her new memoir Make Trouble. NPR's Michel Martin talks to her about her time at the helm of the organization.

March 31, 2018 • On the eve of poetry month, we look forward to our annual #NPRPoetry project. NPR's Michel Martin begins the series with the Poet Laureate of the United States Tracy K. Smith. 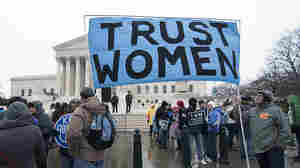 March 31, 2018 • On Friday, a federal judge in Washington, D.C, ruled that undocumented minors under the control of the Department of Health and Human Services can access abortion services they were being denied. 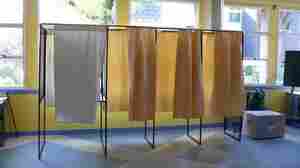 A Texas judge sentenced a woman to five years in prison for voting illegally in the 2016 presidential election. Tonio Vega/Flickr hide caption

March 31, 2018 • Crystal Mason is a convicted felon. "She didn't understand! She was never told she couldn't vote," her lawyer said. 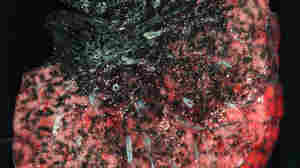 Severe black lung disease deeply scarred the lung of a 61-year-old West Virginia coal miner, which was removed as part of a lung transplant. Courtesy of NIOSH hide caption

March 31, 2018 • There's a change in Kentucky law that puts diagnoses of the deadly coal miners' disease black lung mostly in the hands of physicians who typically work for coal companies. 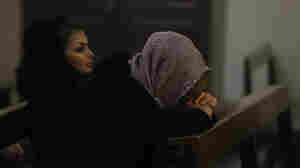 100 Iranians Remain Stranded In Austria Awaiting Asylum In The U.S.

March 31, 2018 • The U.S. acceptance rate of Iranian Christians and other religious minority refugees has gone from nearly 100 percent to zero, leaving many stuck in transit.

100 Iranians Remain Stranded In Austria Awaiting Asylum In The U.S.

March 31, 2018 • When Robert F. Kennedy learned of Martin Luther King's assassination in April of 1968, he gave an impromptu speech in Indiana. Decades later, it's credited with calming the devastated crowd.

March 31, 2018 • NPR's Scott Simon speaks with Phoenix Mayor Greg Stanton about the 2020 Census, its effects on his community and on the state of Arizona.

March 31, 2018 • There is ongoing outrage in Sacramento surrounding the shooting death of Stephon Clark by police. 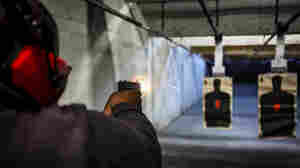 African-American Gun Rights Group Grows In The Age Of Trump

March 31, 2018 • Membership of the National African American Gun Association tripled after President Trump's inauguration. The group's founder, Philip Smith, talks about why more people are flocking to the group now.

African-American Gun Rights Group Grows In The Age Of Trump