Obama 'Forward' Video: President's Case For Re-Election In A Nutshell

April 30, 2012 • The video titled "Forward" distills much of Obama's argument for his re-election. It opens with news footage meant to recall how truly perilous was the state of the economy leading into his election, then leads into his achievements in office — the economic stimulus, health-care reform, the withdrawal of U.S. troops from Iraq and the killing of Osama bin Laden, among them. 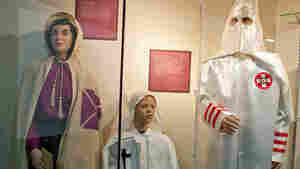 April 30, 2012 • Michigan's new Jim Crow Museum of Racist Memorabilia is using the ugliness of racism to teach a lesson of acceptance. "We are a resource that does the thing that many Americans don't want to do," says museum founder and curator David Pilgrim, "and that is to talk about race in a direct way." 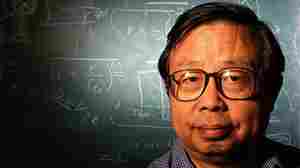 The current case of a prominent Chinese activist seeking U.S. protection has echoes of a similar episode in 1989. Then, physicist Fang Lizhi took refuge at the U.S. Embassy in Beijing. He spent a year there before the U.S. and China reached a deal allowing him to move to the U.S. He died this month in Arizona, at age 76. John B. Carnett/Popular Science via Getty Images hide caption

The Current U.S.-China Standoff Has A Precedent

April 30, 2012 • Chinese activist Chen Guangcheng is believed to be under U.S. protection in Beijing. It's not the first time China and the U.S. have faced this kind of delicate question. Something similar happened in 1989, and it took a year for the two countries to resolve it. 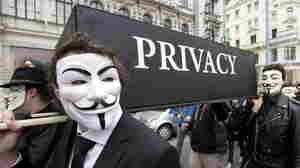 April 30, 2012 • American tech giants are under pressure from Europe to offer stronger privacy options to consumers. Privacy advocates say American Internet users will have the European Union to thank if tighter regulations pass, but the industry says the Europeans are hampering an American success story with regulation. 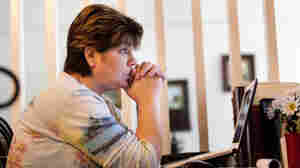 Teresa MacBain pauses while talking about her ongoing job search. She has been out of work since leaving her position as a Methodist pastor earlier this year. Colin Hackley for NPR hide caption

From Minister To Atheist: A Story Of Losing Faith

April 30, 2012 • Teresa MacBain admits that when she was ordained as a minister, she had big questions. She thought they'd make her faith stronger, but instead they haunted her. Then one day, she couldn't take it anymore. In a move that's left her unemployed and nearly friendless, MacBain has come out as an atheist — and she says it's a big relief.

From Minister To Atheist: A Story Of Losing Faith 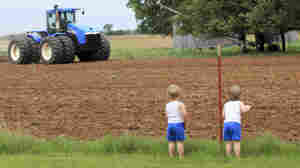 Farmers saw the administration's proposal as a threat to their way of life istockphoto.com hide caption

April 30, 2012 • The Obama administration backed off a proposal to restrict kids under 16 from working on farms after a major push by conservatives and farm state Democrats. But farmers themselves weren't too happy about the restrictions, either.

April 30, 2012 • The Department of Veterans Affairs announced in April that it will add over 1,500 mental health workers to its system to reduce the amount of time it takes a veteran to get an appointment. The announcement came ahead of a new government report that said the VA has been overstating the percentage of new patients who actually get a full evaluation within the department's goal of 14 days. Some veterans in Milwaukee — who say they still are not seen at their local VA when they want — are turning to a free clinic with a different approach to care.

April 30, 2012 • Three men are confirmed dead after an accident over the weekend during a sailboat race from Southern California to Ensenada, Mexico. Wreckage from their boat was spotted early Saturday morning but the cause of its destruction remains a mystery.

April 30, 2012 • A bullet train that would deliver tourists from southern California to the Las Vegas strip could be the nation's first high-speed rail system to break ground. The private company, DesertXpress, will soon learn whether it's going to receive a $4.9 billion federal loan for the project. The train's supporters and its critics have squared off over the familiar issues of jobs versus wasteful federal spending. The proposed train is also pitting two small towns against each other.

April 30, 2012 • The White House's chief counterterrorism adviser offered a detailed defense on Monday of America's use of drones against al-Qaida terrorists, including the targeted killings of U.S. citizens. John Brennan's comments come on the eve of the anniversary of the raid that killed Osama bin Laden. 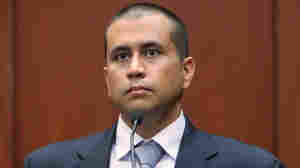 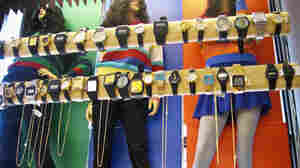 In Cell Era, Timepieces Are Fashion Trend To Watch

April 30, 2012 • With cellphones nearly ubiquitous, fewer people are relying on watches to tell time. But some retailers are doing brisk business marketing watches as fashion statements, or by appealing to shoppers' sense of novelty or nostalgia.

In Cell Era, Timepieces Are Fashion Trend To Watch

April 30, 2012 • Talking to reporters Monday in New Hampshire, the unofficial GOP presidential nominee, Mitt Romney, summoned Jimmy Carter's name in defending himself against Democratic attempts to raise doubts about whether Romney, like President Obama, would have ordered the raid that killed Osama bin Laden. 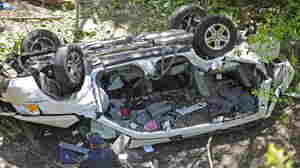 This van plunged off the Bronx River Parkway on Sunday. All seven people inside were killed. Louis Lanzano/AP hide caption

April 30, 2012 • Sunday's tragedy took the lives of seven people, all from one family. In 2006, six people were killed near the same spot. Last June, another went airborne there — but both people inside survived. Authorities are investigating. 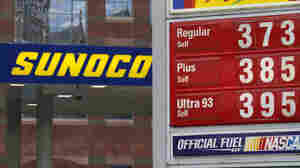 Energy Transfer Partners To Buy Sunoco For $5.3B

April 30, 2012 • The acquisition would give Energy Transfer the capability to transport crude and other liquid hydrocarbons that are being produced in greater quantities thanks to the boom in shale drilling.